Here we provide the results from 3 comtemporay projects being developed by this collaboration:

UCDS is the UltraCool Dwarfs Sample, a catalog of spectrally confirmed Ultra Cool Dwarfs, defined as objects with spectral types later than M7. This compilation started with the online census made by Gagné, and  dwarfarchives  to which we added UCDs from numerous other sources. The current list has over 3000 objects with all known dwarfs later than L0 and with a number of M7-M9 dwarfs. You can get the latest public version from the datasets page. 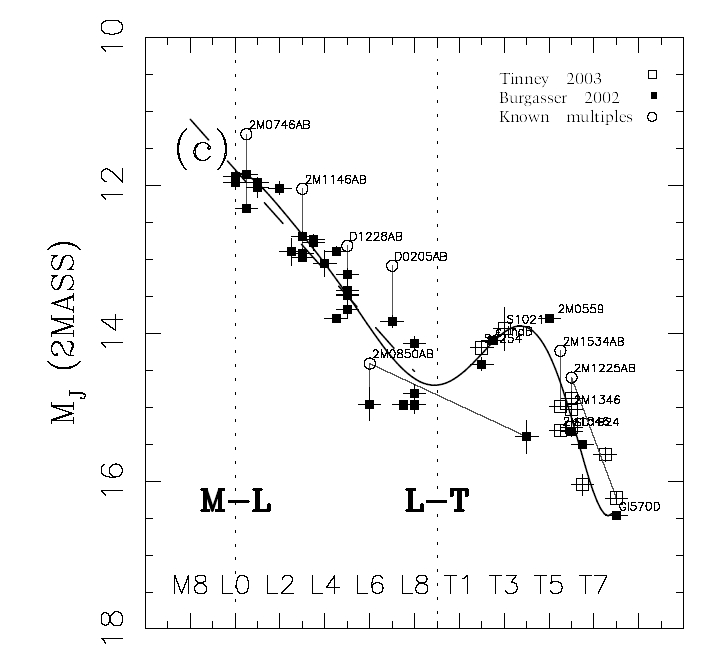 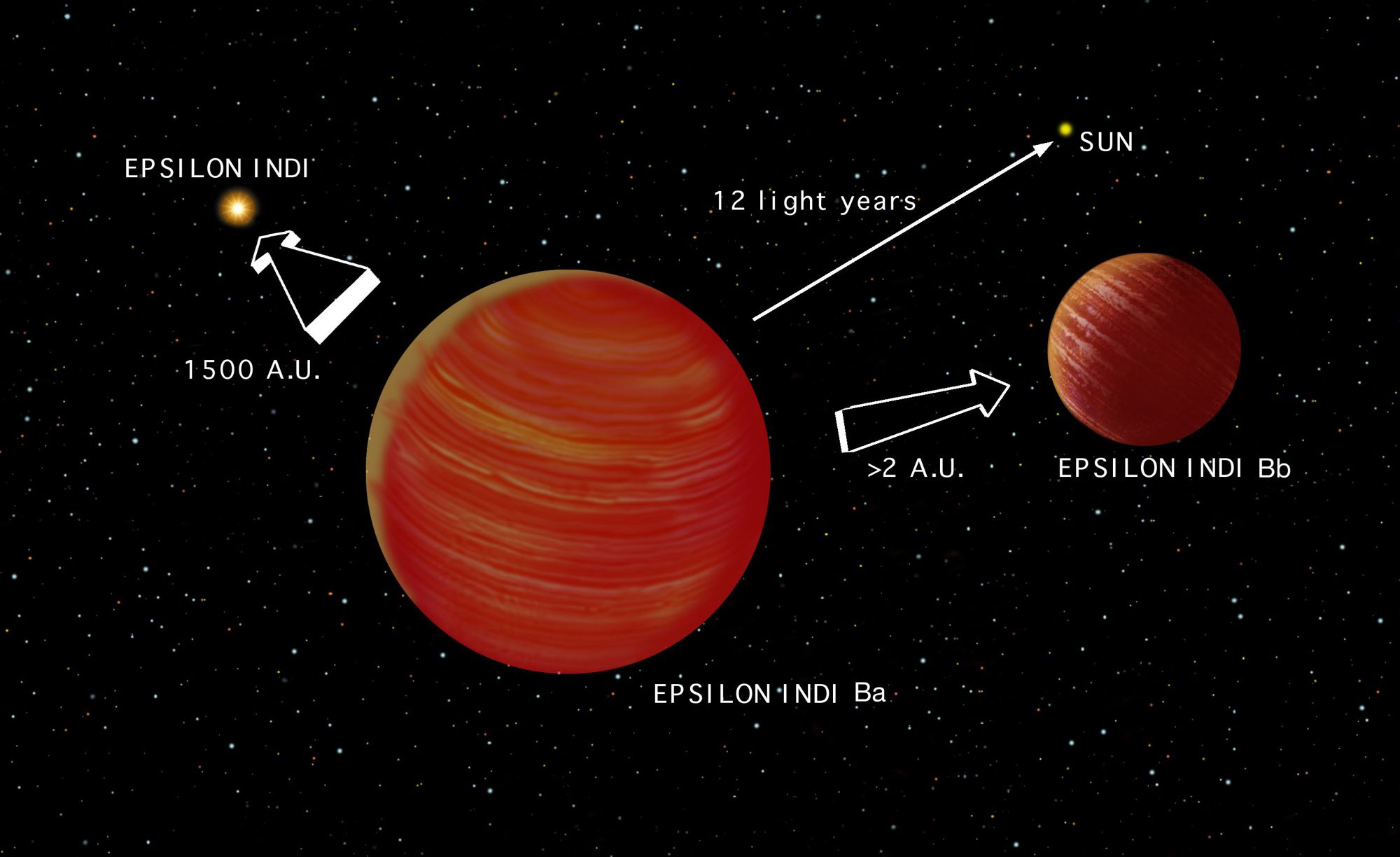 GUCDS is the Gaia UltraCool Dwarf Sample,  all objects in the UCDS that were found in the latest Gaia data release. The current version has over 800 objects the coolest of which is the binary Epsilon Indi AB, a T0/T6 binary system at 4pc shown in this artist’s impression.

GCNS is the Gaia Catalog of Nearby Stars being produced by the Gaia Consortium of all objects found in Gaia nominally within 100pc. This will be released in 2020 with the Gaia Early Third Data Release (EDR3). It should be a volume complete sample of all objects to M9 except some of the brightest objects (G brighter than 2) which are not in the Gaia data. The difficulty is that some of the bad solutions of the Gaia objects are scatter into the high parallax region. So comparing a histogram of positive and absolute values of negative parallaxes in Gaia DR2 we get this distribution. We assume that the mechanism by which large (in absolute value) spurious parallaxes are produced is the same regardless of the sign, and thus, the difference in distributions are actually the real stars. We estimate that 50% of the objects in the Gaia DR2 with parallaxes greater than 10mas were bad solutions.